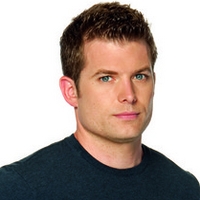 James, despite having taken precautions to avoid Tess, has another uncomfortable encounter with her while he’s naked. Starr walks in on it. Ford moves forward with his plan to have Tess committed, but he discovers he’s completely broke and won’t be able to use a cent of Ryder’s trust without Tess’s consent. When the orderlies arrive to take her away, he’s in a tight spot. Starr, Langston and James happily assume Tess is on her way to St. Ann’s.

Natalie breaks down over John with Brody. They grow closer but are upended when there’s something wrong with Liam. John doesn’t want to hear it when Téa tries to compare him and Natalie to her and Todd.

Todd gloats over John’s misfortune. He asks John to investigate his brother-in-law, Tomas. Blair tells Tomas that Cristian warned her to stay away from him. Tomas admits Tea warned him to stay away from Blair. Tomas asks Blair on a date.

When Todd leaves Rodi’s, we see he’s a target for an unseen gunman.

Viki and Téa corner Clint into agreeing to the deal they concocted as a way to get Ford to commit Tess.