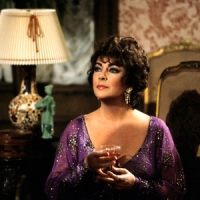 (SoapOperaNetwork.com) — Today the world woke up to news that legendary actress and Academy Award winner Elizabeth Taylor, 79, had died. The cause of death was congestive heart failure according to her publicist, Sally Morrison, in a statement released to the Associated Press. Taylor, who died at Cedars-Sinai Medical Center, had recently gone under treatment for heart problems after years of medical setbacks. Although she was not one of the many honored guests and friends who attended the wedding of Luke Spencer (Anthony Geary) and Laura Webber (Genie Francis) on ABC's "General Hospital" on November 17, 1981," Taylor did help bring in approximately 30 million viewers to the soap making it the most watched single episode ever aired in the history of daytime television. Her role as Helena Cassadine brought chills to the hearts of millions of viewers when she famously declared "I curse on you Laura and Luke. I curse on both of you."

In a statement released to the press this afternoon, "General Hospital" shares their utmost sadness in the passing of the legendary actress. "We were honored to work with Elizabeth Taylor on 'General Hospital.' Her portrayal of Helena was a defining moment for the show and an extraordinary experience for everyone involved. She was a great talent, a gracious lady, and a rare presence. We are deeply saddened by her passing and send our deepest condolences to her family and friends." Taylor also appeared in the June 4, 1984 episode of "All My Children" alongside Carol Burnett, who played Verla Grubbs.

Taylor is best known for her take on the iconic role of "Cleopatra" in the film of the same name. Released in 1963, the behind the scenes romance of Taylor and co-star Richard Burton (who played Mark Antony) brought headlines as the two had been married to other people at the time. The two eventually wed (twice) in March 1964 and again in October 1975 (they divorced twice as well). Taylor's marriage to Burton was the actresses 5th and 6th trip down the aisle out of a total of 8 marriages. Her marriage to the seemingly average Larry Fortensky in October 1991 (and divorce in October 1996) would be Taylor's last wedding march.

In 1961, Taylor took home the Academy Award for Best Actress for her role in the film "Butterfield 8." She took home the award once more in 1967 for "Who's Afraid of Virginia Wolf?"