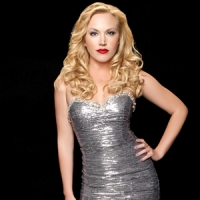 Bill was hopeful that he and Katie could work through this. He explained to her that he did everything to protect his son. "My son was laying there in a coma and I knew that even if he woke up, Amber would come after him again." he said. Katie argued that she could have helped him rethink his decision if he had come to her. Bill said that he couldn't tell her. "But you can talk to Steffy?" Katie replied, adding "You've turned to this woman who would like nothing better than to bring me down. To bring us down. You know our history, and you have let her worm her way back into our lives, why Bill?!" She then left the room.

Later, Bill sat alone at home with a drink in his hand. Steffy came by and realized Bill was upset. She wondered why Katie couldn't understand Bill's reasonings for doing what he did and said Katie just doesn't understand him. Bill defended Katie and said he didn't want to hear Steffy say something negative about his wife ever again. Steffy told Bill that they get each other and then asked if there was anything she could do to help him. "You can stop by your dads house on your way home, and if my wife's there, tell her that I'm waiting for her." Bill said. "And if she doesn't show up?" Steffy replied. Bill said he'd wait for her as long as it takes.

As Katie drove away, crying, she got a call from Nick. He could hear her crying from the other side and could tell she was upset. He asked if she was ok and she said she wasn't. He asked if there was anything he could do and Katie said she needed a place to stay. Nick invited her to the Marlin. When she arrived, she made herself at home and said she told Donna to come over. Donna arrived and provided her sister with support. Katie wondered if maybe Bill really was to dangerous for her like her family warned her before they got married. Donna asked what Bill did. Katie told her the story about how Bill bought Amber that house on top of a cliff to try and push her to her death. Donna was shocked and didn't know what to say. Bill called Katie. He tried to get her to come home but she said she wouldn't be. Crying, Katie told Bill that she loved him, but needs time to herself right now.

Amber expressed great thanks to Hope and Oliver for joining her and Liam for dinner. During dinner, Hope lost her appetite when Amber went on and on about her ultrasound. She bolted out of the room and Liam followed behind her. Once outside, Liam hugged Hope. Hope said she couldn't be around Amber anymore. Liam kissed her. He then tried to convince her to leave with him. Disheveled and frustrated, Hope told him that she didn't believe they'd be able to make things work. She pulled away from Liam and ran away to Oliver's car, as Amber watched through her window in satisfaction.