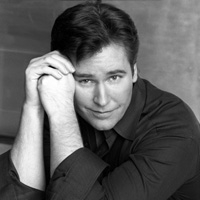 Jake and Tad throw a party for Angie and they give her and Jesse a memory book containing the story of their relationship. Angie’s overwhelmed and blurts out to her guests that she’s scared out of her mind. Jesse consoles his wife after she admits she’s afraid she made a mistake in her decision; the guests try and think of ways to help Angie.

For their “auction date”, Cara brings Ricky to the hospital to cheer up some patients. She picks up on his barrage of questions regarding Griffin and defends her brother; she won’t tell him to back off Kendall. Ricky momentarily snaps but she holds her ground until Tad shows up and whisks her away. Kendall and Griffin go to the park on their date and as she plies him with wine and asks question after question. Ricky watches when Griffin drops Kendall back home.

Randi deflects when Frankie brings up pregnancy but gives in to passion and the two make love in the elevator.

Jake promises Amanda that everything is going to be okay between them.