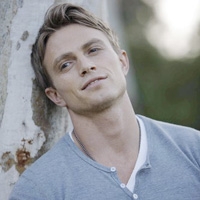 (SoapOperaNetwork.com) — Earlier this month rumors began circulating that CBS' "The Young and the Restless" would be bringing Wilson Bethel back as Ryder Callahan, now Soap Opera Network can confirm that the actor is indeed returning beginning next month.

Bethel, last seen in July 2010, is back beginning with the Thursday, March 3 episode of the drama series as Ryder shocks Jana (Emily O'Brien) when he reveals himself during one frightfully cold night in Genoa City.

Since leaving "Y&R" last summer, Bethel has tested out for the title role in "Captain America" (which eventually went to "Fantastic Four's" Chris Evans) and has recently landed the lead role opposite Rachel Bilson in the CW pilot "Hart of Dixie." The show is described as a comedic drama about a girl named Zoe (Bilson), who inherits a medical facility in a small Southern town full of eccentric characters. According to Deadline.com, Bethel's character will be that of a "gorgeous flirty, bad-boy southern fisherman," who lives next door to Zoe, plays in a band and dedicates a song to her.

It is unclear at this time whether the actor will be returning to the soap on a full-time basis or if his characters stay is short term, but either which way a show representative tells Soap Opera Network, "we don't comment on contracts."