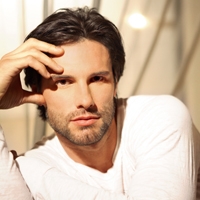 (SoapOperaNetwork) — The former “Days of our Lives” and “As the World Turns” star admits he didn’t even have to audition for his new “One Life to Live” role.

In an interview with Soap Opera Digest Austin Peck, who started taping scenes for “OLTL” on January 30, reveals that the soap offered him the part of a mysterious new character named Rick.  And, while he isn’t certain of just how long his Llanview stint will last, he’s living for the moment working on the same set as his girlfriend Terri Conn (Aubrey).

Peck came close to sharing an onscreen relationship with Conn as well, having read for the part of Joey Buchanan, who is currently engaged to Aubrey.  The role of Viki and Clint’s youngest son ultimately went to Tom Degnan.

And what about those pesky rumors that his 2009 firing from “As the World Turns” was the result of an on-screen affair with a co-star that left the cast at odds?  Peck tells SOD that the rumors were spread by an unnamed cast mate, and that he intentionally stayed out of the situation to avoid making matters worse.

Look for Peck’s new “One Life” character, who is described as “the type Llanview doesn’t really have much of,” to first air sometime this spring. “‘OLTL.’ I’ll be on that ride for a little bit. It’s something very different,” the actor tweets.