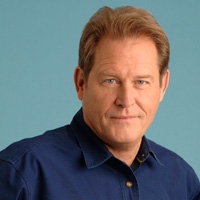 The wedding is interrupted when Vimal tells those gathered that Clint jiggered the DNA test to say Charlie was Rex’s father, not Clint. Clint defends himself and trashes Rex. Charlie nearly attacks Clint but Shaun, Brody and John hold him back. Charlie runs out. Gigi and Rex go to look for him.  Vimal says Rex’s wasn’t the only DNA test Clint switched. Devastated Charlie turns up at Rodi’s, ordering a drink.

Starr goes to Statesville with Langston and breaks up with Cole. Langston convinces her to go ahead and see James.

Meanwhile, James and Michelle have been making out. Michelle sees he’s hesitating and wonders if this is going too fast. James insists it’s fine. Michelle suggests they go into the bedroom as Starr is about to knock on the door.