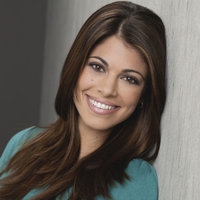 In the ambulance Griffin gets the ok from Kendall to operate and promises her that he won’t let her die. In need of assistance, Griffin wants David who is granted permission to guide him through the surgery. Jesse, Bianca, Caleb and Jackson console Erica as she worries about Kendall’s roadside surgery.

After talking with Dr. Burke alone, JR decides he is going to help Annie. When Annie arrives for the session, she claims the cut on her head is a result of slipping on ice but then blurts out she didn’t mean to hurt anyone. Annie tells JR she would like some time alone after he says he’d like to take care of her. Colby is cuffed to a table in the cottage and tries to get her hands on Annie’s cell phone. She finally does and sends a text message to JR. Annie returns and when Colby admits everyone thinks she is visiting her father, Annie’s pleased since no one will notice she’s gone.

Jake notices Cara’s wedding ring when her necklace falls off.