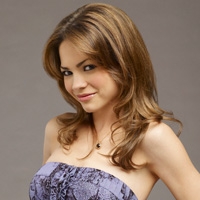 (SoapOperaNetwork.com) — After firing Rebecca Herbst back in January, only to change their minds late last week, ABC has released a statement touting Herbst's staying on at the networks daytime drama "General Hospital."

"Rebecca Herbst will continue on 'General Hospital' as Elizabeth Webber. The show is thrilled she will remain on the canvas to portray the beloved character in many more poignant and emotional stories. Fans will be pleased to see Rebecca continue the role she created."

The reversal of Herbst's ouster is a testament to her fans who literally flooded the shows studio with phone calls, post cards, letters, and gifts showing how much they love and appreciate their favorite actress. Herbst joined the cast of "GH" back in August 1997.