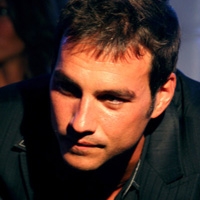 (SoapOperaNetwork.com) — Deadline.com is reporting that ABC Family has given a series order to "The Lying Game," a drama based on the same name as the upcoming novel by "Pretty Little Liars" author Sara Shepard. The series is being written and executive produced by former "All My Children" and "General Hospital" Head Writer Charles Pratt, Jr. and will star "General Hospital's" Tyler Christopher (Nikolas Cassadine) and former "As The World Turns" starlet Alexandra Chando (ex-Maddie Coleman).

The series is about a girl named Emma (Chando), who finds out that she has an identical twin sister named Sutton Mercer (Chando in a double role), who was adopted by wealthy parents and supposedly living the high life until she goes missing. Emma takes it upon herself to find her sister and while in pursuit adventure ensues. Christopher will portray the role of Detective Matthews who is investigating the disappearance of Sutton.

Also starring in "The Lying Game" are actors Blair Redford as Garrett Matthews ("90210," "Passions" and "The Young and the Restless"), Andy Buckley as Ted Mercer ("The Office" and "Melrose Place"), Mitch Ryan as Luke Coburn ("One Tree Hill"), Sharon Pierre-Louis as Nisha Randall ("Lincoln Heights") and Vivian Nesbitt as Coach Lee ("In Plain Sight").

ABC Family recently picked up the Raven Symone comedy "The Great State of Georgia" and dramas "The Nine Lives of Chloe King" and "Switched at Birth." All three are set to debut this summer on the cable network, while "Game" is said to be launching sometime this fall.