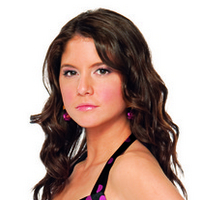 (SoapOperaNetwork.com) — Brittany Underwood (Langston Wilde) has been released from her contract by “One Life to Live.”

ABC Soaps in Depth is reporting that Underwood, who has been a part of the “OLTL” cast since 2006, is leaving because her departure is “storyline dictated,” according to an ABC spokesperson.

No word on a final airdate for the actress, however, she tweeted earlier this week that she had just filmed scenes for “One Life’s” Valentine’s Day episode.  It also remains unclear how her exit will affect Langston’s on-screen love interest Robert Ford (David A. Gregory).