Michael finds Morgan with a broken leg and carries him back to their makeshift camp. Michael and Molly find a cell phone and call 911. Taylor attempts to keep Kristina warm, but their physical closeness resurrects memories of Kiefer’s abuse. Maxie and Matt grow closer as Steve comforts Olivia, who is critical. Dante and Brenda are first to arrive on the scene, and Dante rushes to Olivia’s side. Carly and Jason follow to reach Morgan. Olivia is helicopter lifted to GH. Carly feels a mother’s regret that she was not on the bus with Morgan and for putting Olivia in harm’s way as well. News of the bus accident brings Patrick and Robin closer, and for a moment all the doctors, including Lisa, work together. A feeling of kinship emerges as families gather at the hospital, supporting each other during this time of crisis.

Molly is beside herself when Brenda asks Molly and Kristina to be her bridesmaids.

Abby inadvertently introduces herself to Sonny when she admits she is at the hospital for news on her friend, Michael. 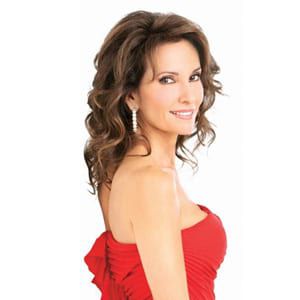