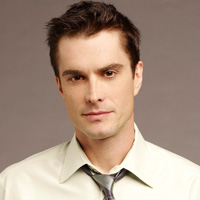 Skye comes to grips with the fact that the Quartermaines have turned their backs on her and will now do anything she has to in order to protect the family she has with Alcazar and their daughter.

Mateo has a serious run-in with one of the mercenaries. Ric stops Luke in his tracks by having him restrained. Alexis fears for her loved ones.

Maxie rattles Three when she makes him see the hostages as innocent people who don’t deserve to die. Jason gives Sam the signal to make her escape. Three hands Mr. Craig the briefcase after Spinelli successfully gets the vault open. Sonny tries to bargain with Mr. Craig. Carly refuses to leave Sonny’s side. Sam warns the cops that the lobby is wired to explode. Jason tackles Mr. Craig as he’s about to detonate the explosives. The SWAT team begins their assault as chaos erupts when Six pushes the button on the detonator. Nikolas is able to carry Robin out. Three shields Maxie and pulls her away. Lulu and a terrified Spinelli try to escape together. Jason heads to Elizabeth. Sonny grabs Carly and pulls her away. Nikolas realizes that Emily isn’t with him as the lobby explodes.

On the Next General Hospital (Encore Presentation of February 19, 2007 Episode)…