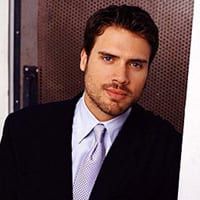 Brenda has a nightmare about her past. Spinelli appears by her side, and she uses his sympathy to find out the location of the Balkan trade. Dante forces the team include Sonny’s lesser goons, Max and Milo, into their plans for a more convincing set-up. Brenda tries to stop the plan from moving forward, but the team leaves Dante and Brenda behind at Harborview Towers. Lucky refuses to let Siobhan get involved with the Balkan trap, demanding she stay at Wyndemere. All goes as planned as Lucky, Jason, Sam, Max and Milo put on a show for the Balkan of Lucky as “Ronan” kidnapping Sam playing “Brenda.” Siobhan gets restless and ventures outside only to see a frightening figure approach her. Brenda foils Dante and runs to the warehouse.

Sonny maintains his innocence to Claire over the car bomb, but Ronnie has evidence proving Sonny is guilty. Kristina presses Michael for the truth, but he refuses to hear his sister bash Sonny. Kristina approaches Ethan and Johnny for the truth, but both men lie as well in hopes to protect Kristina’s emotional state. Armed with this knowledge, Kristina and Sonny reconcile. Elizabeth advises Robin to enjoy this time with her children and to go trick-or-treating.