(SoapOperaNetwork.com) — Today in soap land, Carolyn 'Opinion' Hinsey posted on her Facebook page that two current "As The World Turns" actors would be appearing on an ABC soap near you in the next couple of weeks – one as a recast and one a new face on the canvas on either "All My Children," "General Hospital" or "One Life to Live." The question is, who is talking to Hinsey?

Typically, when we ask for confirmation of who is coming or who is going from a series, we receive the standard "no comment" or "we [insert talking network media relations representative] do not comment on rumors." In the case of this report, we received neither. So what's the deal? We talked to those very high up at ABC Daytime and while the word "no" was never used, the word "yes" wasn't either. Does that mean Carolyn Hinsey is lying or wrong? After all, it was Hinsey that said "Please stop posting links to crazy web stories on my FB page," in reply to our report of Roger Howarth (an "As The World Turns" actor, by the way) returning to "One Life to Live" in the coming months by her "friends" commenting on said page. In fact, she said "If it's in Digest and/or TV Guide, THEN it's true :-)" Interesting how her drop wasn't in either publication, nor could she say which actor was coming. If you know something, say something. That's similar to the "If you see something, say something" mantra New York City's Metropolitan Transit Authority says to passengers in billboards and announcements through out its train system.

Instead of passing along news her buddies at "As The World Turns" are supposedly giving her by letting her know they'll be appearing on ABC in the coming weeks, even though ABC doesn't even know it or will admit to it, why not promote your employer (in this case Soap Opera Digest) and alert readers to some sort of exclusive with this news? It isn't like the magazine is afraid to promote gossip reports. In one issue they reported a soap star wasn't supporting their shows fan club, which wasn't worth the piece of paper it was written on, and in its newest issue, the magazine is reporting that ABC's "General Hospital" would be cutting its cast down due to budget cuts in the near future – an ABC representative provided a "we do not comment" regarding that piece of news, by the way. Interestingly, if in fact proven true, that would put "GH" out of the running for a new or recast character, which would leave "All My Children" or "One Life to Live" left to pick up the pieces as the "World" ends.

For "One Life to Live," which is the only New York City based soap opera left remaining now that " As The World Turns" is ending its run after 54-years next Friday, the show recently released a casting call for the role of Joey Buchanan. As for "All My Children," which headed to Los Angeles in January in order to prevent cancellation talks from becoming a reality, it is currently involved in a massive murder mystery that doesn't show any indications of bringing in new characters at this time. Of course things can change.

In any case, Soap Opera Network will be following this story and if it's on our website, you can rest assured "THEN it's true :-)" 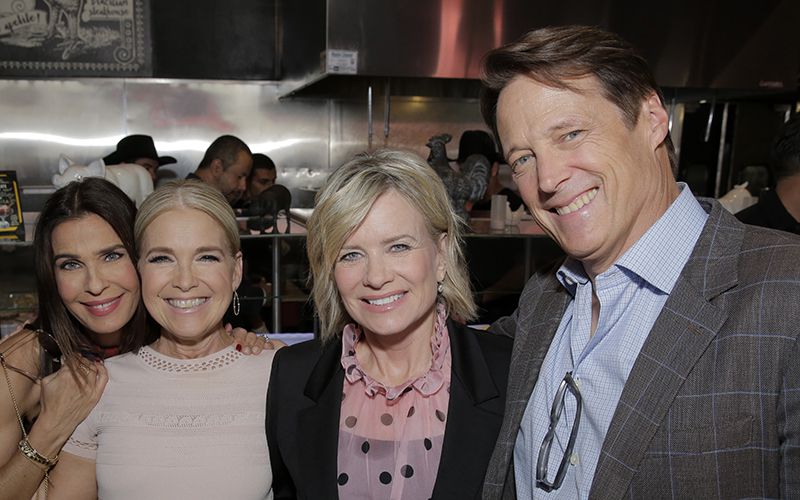 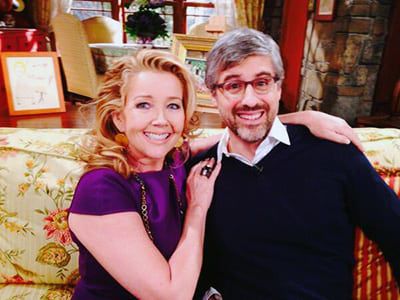 On Friday, March 28, "CBS Sunday Morning" correspondent Mo Rocca was on hand to film scenes alongside "The Young and the Restless" actresses Melody Thomas Scott (Nikki Newman) and Amelia Heinle (Victor Newman) for an upcoming appearance on daytime TV's top rated drama series. News of Rocca's appearance came to light when the correspondent tweeted a picture of himself with the ladies while noting he'll be portraying the role of Milton the accountant in scenes scheduled to air on Wednesday, April 30, per a tweet by Scott.

TOLN Releases ‘All My Children’ Video Recap to Prepare Viewers for a Return to Pine Valley that Includes New Clips!

For more than 41 years ABC's "All My Children" entertained millions of viewers each and every weekday, week after week, year after year. Sadly, the network canceled the soap in 2011 and the series aired its then final episode in September of that year. Now, in anticipation of its return on Hulu, Hulu Plus and iTunes on Monday, April 29, The OnLine Network has released a recap of the series as narrated by Debbi Morgan (Angie Hubbard).