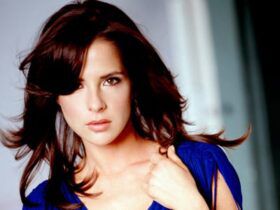 (SoapOperaNetwork.com) Afraid to take a chance…

Phyllis has had enough of Sharon and grows irritated at the fact that her rival is staying in the tact house, on Monday, August 23. That same day, Billy and Victoria attempt to make a permanant declariation of their love. Lauren lets it be known that Jill and her are sister only in name, nothing more. On Tuesday, August 24 Heather is fired from her job and instantly fingers Ronan. Meggie's true intentions are revealed when she tricks Nikki into slipping into old habits.

The Inside Story:A Fight for Love
Realizing that she could be depending too much on Tucker, Ashley gets scared and begins putting on the breaks in their growing relationship. Tucker immediately begins to question Ashley as to why she is trying to push him away. Not wanting to get hurt, Ashley tells Tucker that she is not in love with him and that he should just leave. Feeling slightly defeated, Tucker makes his way to leave but changes his mind. Anger soon boils over into passion when Tucker breaks the glass door and grabs Ashley, pulling her into a seering kiss. Ashley soon realizes just how turned on by Tucker's power she really is.

A Closer Look: Fighting to Keep a Family Together
Preparation for Matilda and Charlie's christening takes an immediate backseat when Cane and Lily receive news that his immigration hearing has been suddenly moved up. The news crushes them even more when they learn that Cane could very well be sent out of the United States without being able to have the christening. Fearing the worse, the Ashbey's call Michael for help. Meanwhile, as Michael is doing all he can to keep Cane in Genoa City, Phillip come back from Australia with important news. Later that day, family and friends come to celebrate the christening of the twins. Olivia arrives to be there for her niece; while Neil, Malcolm and Sophia check their attitudes at the door in order to not spoil the celebration. All is going well until Lauren abruptly crashes the festivities. Never-the-less, Lily, Cane and Mac bond together over a special moment.