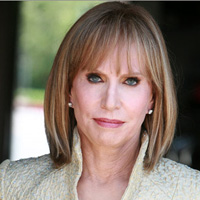 (SoapOperaNetwork.com) — While online media seems to be breaking news reports before print media can finalize the cover of their next issue, it is unfortunate to learn that to compete with its online counterparts, Soaps in Depth took the news of Leslie Charleson being placed on recurring status with ABC's "General Hospital," after more than 30 years on the show portraying the role of Monica Quartermaine, to its website without alerting Ms. Charleson of the change after initially informing her that the news was to be revealed in the print version of the magazine first.

"I was under the impression that the announcement of my contract status was not going to be released by Soaps In Depth Magazine until the September issue and that would give me the time to tell you myself what was going on," said Charleson to fans on her website. "I did not want you to find out on the internet. Unfortunately, that did not happen and yes, it is true. I am officially off contract."

Meanwhile, keeping her fans informed is of top priority with Charleson as she revealed without them, she wouldn't be where she is today. "I have had the best relationships with you, the fans and I would’ve never had that without 'Monica.' There is nothing that I cherish more than the experiences and memories I have had and the special friends that I have made over the years, both on the show and off," she said. "I can’t say enough about how much you all mean to me."

Charleson joined the cast of "GH" in 1977 replacing actress Patsy Rahn, who originated the role. She has been nominated for four Daytime Emmy Awards and four Soap Opera Digest Awards, but has never won. She has appeared in such primetime shows as "Dharma & Greg" and "Diagnosis Murder." She also brought her character, Monica Quartermaine, over to "GH" spin-off's "Port Charles" and "General Hospital: Night Shift" for multiple appearances.