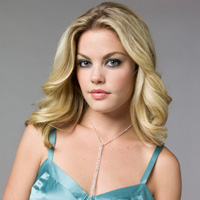 Jessica reveals to Kelly that she was with Ford on the night he was attacked. John questions Ford about who attacked him and Ford doesn’t remember. Starr and Hope are carjacked by James who is fleeing from the Hospital. He stops along the roadside after he is certain that they aren’t being followed. Starr demands to know why someone is after him. He’s cryptic saying he has something a guy wants.

Dani and Nate find a bag of money at the quarry and Nate takes it. James comes looking for the bag to find it missing.

Todd rushes to see Téa when he realizes that she is going to die from cancer.

Matthew tells David that he and Dani broke up. David plans a night on the town for the both of them with two gorgeous women.