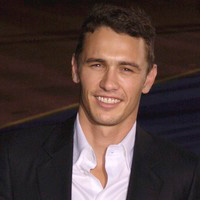 (SoapOperaNetwork.com) — James Franco takes "General Hospital" and its fans on the ride of their life as the actor in partnership with the Museum of Contemporary Art, Los Angeles (MOCA) have come together in presenting James Franco the actor and artist. In an episode of "General Hospital" being filmed this week, the actor will put his artwork entitled "SOAP at MOCA: James Franco on General Hospital" on display for a select live audience who will observe the goings on's in front of and behind the camera. The special episode will air on Thursday, July 22 on ABC.

According to a press release, "Franco, James Franco's character from 'General Hospital,' will be having an exhibition at MOCA Pacific Design Center, during which Jeffrey Deitch, the new director of MOCA, and the characters from Port Charles from 'General Hospital' will be making their West Coast debut. The character's exhibition will include full-scale models of the locations in which he encountered mobster Jason Morgan (Emmy winner Steve Burton). To the musical accompaniment of his artistic collaborator Kalup Dashinel, played by critically acclaimed video and performance artist Kalup Linzy, who will perform live during the taping, Franco will attempt to lure Jason and others into his art-trap. If all goes to plan, mastermind Franco will turn both Jason Morgan’s life and his own death into art, a performance to end all performances."

"'Soap at MOCA' is an attempt to both blur and define the lines between different disciplines, between life an art, between art and popular culture, and between representations of the self as both performative character and as non-performative self," said Franco.

"James Franco's collaboration with MOCA through 'SOAP at MOCA: James Franco on General Hospital' allows mass entertainment to be viewed through an art world filter, said MOCA Director Jeffrey Deitch. "Franco’s artwork examines performance: it looks at the multiple levels of identity that are wound into performance; the legitimacy of some performance over others; the contextualization of performance; and how this changes perception and even the nature of performance. SOAP at MOCA: James Franco on General Hospital involves multiple levels of documentation and presentation."