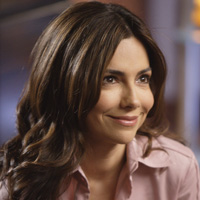 "General Hospital's" Vanessa Marcil will join Daytime Emmy Award nominees Wayne Brady ("Let's Make a Deal"), Jeff Foxworthy ("Are You Smarter Than a 5th Grader?"), Alex Trebek ("Jeopardy") and many more as presenters during "The 37th Annual Daytime Emmy Awards" telecast. The Las Vegas company of Disney's musical "The Lion King" is scheduled to perform. "American Idol" host Ryan Seacrest will introduce the "American Bandstand" and Dick Clark tribute, with Donny Osmond, Chubby Checker, Tony Orlando and "The Jersey Boys" added to the line-up of stars who will salute the iconic show and legendary television personality.

"Live with Regis and Kelly" co-host Regis Philbin will host the live broadcast from the Las Vegas Hilton Hotel in Las Vegas, Nevada on Sunday, June 27, 2010 from 9:00 to 11:00 PM ET on the CBS Television Network.