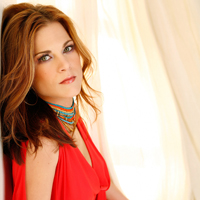 Marty jumps to the conclusion that Natalie pushed her down the stairs and shares her suspicions with John as she tells him about her and Natalie’s vicious argument. Téa, on the other hand, fears Todd might be responsible for Marty’s fall and goes to confront him. Starr chastises Todd for his treatment of Cole but after returning home, Starr makes it clear to Cole she’ll never cut her father out of her life.

Langston meets up with Ford, who’s taken advantage of a free room at the Palace that the university had booked for a famous film director. Markko’s poised to catch Langston with Ford when he takes the place of a busboy at the hotel in order to deliver room service thinking it will be his chance to meet the illustrious director.

With Viki’s blessing, Charlie accepts Dorian’s job offer. Viki, however, warns Dorian not to try and pull anything with Charlie.

After sharing a snarky exchange, Blair makes a surprising nice gesture towards Kelly.