(SoapOperaNetwork.com) — Reaction to former “All My Children” star Eden Riegel’s move to the “The Young and the Restless.”

Several days after Soaps ln Depth confirmed the surprising news that Eden Riegel had signed on to join “The Young in the Restless” in the role of Heather Stevens, a role currently played by Vail Bloom, reaction from the involved parties has come in.

Soap Opera Digest is reporting that an insider close to “All My Children,” Riegel’s home for close to a decade off and on, has told them that the show intends to recast the role of Bianca. The insider indicates that Riegel pretty much made it clear that “she was done playing the role of Erica’s daughter.” Riegel and the insider both indicate that there was discussion concerning the actress rejoining the soap going on as recently as in January.

In a recent TV Guide interview, Riegel stressed that the decision to turn away from on “AMC” was not easy but it ultimately came down to the fact that there were no guarantees that the writer’s would not further ruin her memories of the character and it just “worries [her] too much.” Although “AMC” has long skirted around giving the character of Bianca a real lesbian romance it’s more than likely Riegel’s last long-term return to the show that left her with this reflection: “I felt like I didn’t know my character anymore…There is a lot of hurt.” In that four month arc, maligned former Head Writer Charles Pratt, Jr., revealed that Bianca conspired to have a child with her sister’s husband behind her back with no logical explanation behind it, and Bianca was made a distant third wheel in her romance with her fiancé (played by popular “General Hospital” alum Tamara Braun) who spent months growing closer to Bianca’s baby-daddy; the mess cumulated in daytime’s first gay wedding being a farce. The popular actress is very excited about having a fresh start at “Y&R” and hopes her fans will be too. “I can only hope they’ll support me in this next chapter of my life. This is a huge, huge step for me,” exclaims the actress. Riegel debuts on “Y&R” this April.

Bloom, who has played the role of Heather on “Y&R” for approximately three years, spoke out through her publicist in an attempt to shut down rumors that she was let go after the show acquired Riegel. The publicist for Bloom insists that “Vail left the show on her own. She was not fired or let go. She was a non-contract player on Y&R and it was ultimately her choice to leave. She has had to turn down outside projects presented to her in the past and now wants to be able to pursue other opportunities.” Whatever the case, Bloom clearly harbors no hard feelings, the actress call her time at “Y&R” an “incredible experience.” 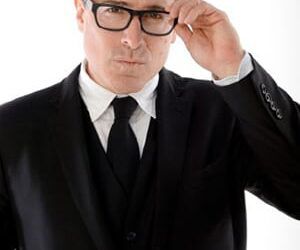