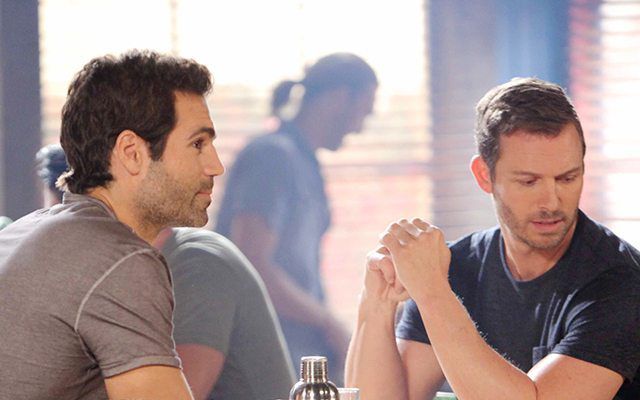 (SoapOperaNetwork.com) — “One Life to Live” prepares to move into “All My Children’s” vacated New York City studios.

The ABC soap will begin moving the week of February 8th, and will start taping in their new home on Monday, February 16th. However, given the show’s production schedule, episodes shot at the new studios are not expected to air around early April.

After “All My Children” left the Big Apple for Los Angeles on December 11th, there had been some speculation as to the fate of “OLTL” when it was announced that the show would not immediately move into to their sister soap’s old digs. However, the reason for the delay was reported to be due to a contractual issue between “AMC” union crew members and ABC. The network is said to be considering turning “OLTL’s” current studios into offices.

Word of the impending move was leaked recently when Erika Slezak (Viki) announced she was taking a month off from the show to have back surgery in late January and that when she returned the show would have already moved into the new studios. Also, Scott Clifton (Schuyler) tweeted on January 29th that “Today was my last day of work before ‘OLTL’ makes it’s move. It’s been a pleasure, Studio 17! Wish I knew you longer.”

With the move, “One Life” will become the only regularly scheduled ABC Daytime program not to be broadcast in high-definition. That announcement came late last year, and was blamed on a sagging economy. “All My Children’s” new studios in L.A. have already been outfitted with HD cameras and other equipment. “General Hospital” began broadcasting in HD last April, and “The View” made the transition in 2006. ABC says it hopes to convert “OLTL” to HD sometime in 2011.

The old “AMC” studios will give “OLTL” roughly 30% additional studio space and individual dressing rooms for the cast. They will also get several facility upgrades, including fresh paint jobs and better cameras.