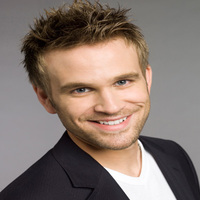 (SoapOperaNetwork.com) — Natalie Banks once again has visions of the dead.

When John McBain is arrested by Police Commissioner Lowell’s inept men in blue for allowing Brody to flee the scene of the crime after attacking Mitch (so he could attempt to rescue his beloved Jessica from certain doom), Natalie is frantic as the former cult leader continues to terrorize her family and friends.

However, she refuses to simply set back and allow her former lover take the rap. Instead, she catches John off guard by driving the getaway car when Brody comes to bust the him out of jail. But their run of good luck comes to an abrupt end when their car is inadvertently forced off the road by two other vehicles, one of which is being driven by someone with murderous intentions.

With their car stuck in a ravine, Natalie finds herself in grave danger. Trapped in the driver’s seat, she soon begins to lose touch with reality, and envisions herself kissing her recently deceased husband Jared. Meanwhile, John works to free his old flame, while Brody takes off in search of Jessica and Mitch.

But will viewers really Jared’s spirit again, or will it all be nothing more than a figment of Natalie’s imagination as John pulls her from the car?  If so, it would be the latest in a serious of ghostly visits from John Brotherton, who was fired last fall by “One Life to Live” after just over two years with the soap. Either way, look for the scenes to air on Monday, February 8th.