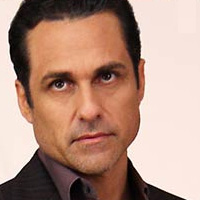 (SoapOperaNetwork.com) — Dahlia Salem has extra baggage coming with her when she debuts as Federal Prosecutor Claire Walsh on Wednesday, February 24 on ABC’s “General Hospital.”

Soap Opera Network has learned that actors John Burke and Dakin Matthews will be appearing that day as Everrett Dawson and Judge Carroll, respectively. According to sources, this episode kicks off a major turning point in the upcoming Sonny Corinthos (Maurice Benard) story-arc which finds the mobster fighting for his freedom.

Viewers may remember Dakin Matthews from his numerous appearances on ABC’s “Desperate Housewives” as Reverend Sikes or for his role on CBS comedy “The King of Queens” when he played Joe Heffernan.

In March look for actress Jennifer Lyons to appear as “Jennifer Biles” on the Wednesday, March 3 episode of the soap, while on the Friday, March 5 episode Carolyn Hennesy’s (Diane Miller) real-life husband, Donald Agnelli, returns as a Biker at Jake’s Bar.