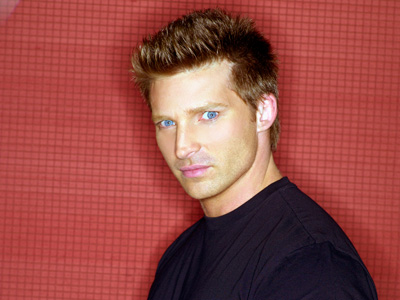 (SoapOperaNetwork.com) — Despite a “no comment” from ABC Daytime, “General Hospital’s” Steve Burton (Jason Morgan) is speaking out on Kelly Monaco’s status on the soap and breaks news that he’s renewed his contract with the drama series for an unspecified duration.

When news broke earlier today that Kelly Monaco was possibly being replaced in her role as Sam McCall on the drama series, fans began wondering what happened. According to sources, putting out a casting call for a current cast member’s role is generally code for contract negotiations hitting a stand-still with the actor or actress involved. As a precaution, networks tend to seek replacements in order to not interrupt storyline progression. It is speculated that this is what is going on with Monaco.

On Burton’s Twitter, the actor bluntly stated the actress was not leaving “General Hospital:”

As for his signing a new contract, Burton announced on August 2 that he signed a new deal with “Genera Hospital” to continue his portrayal of Jason Morgan on the soap.

Confirming that I am staying at GH. Excited. Thank you for all for your support. – Steve Burton