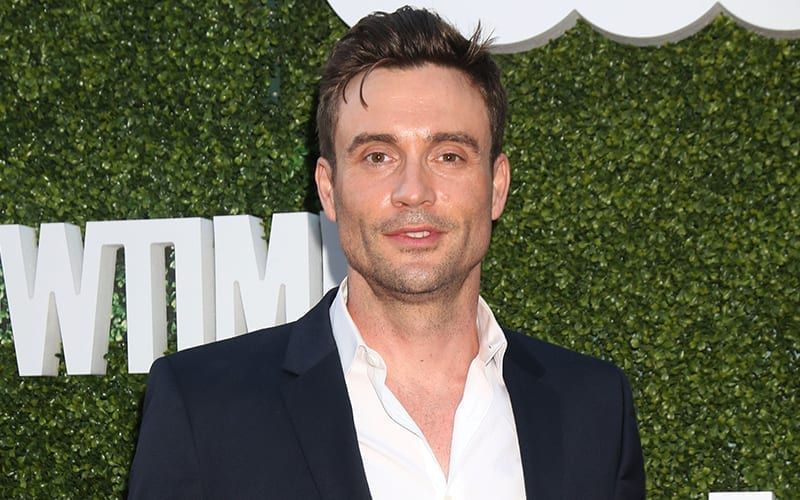 Daniel Goddard is Not Joining ‘Days of our Lives’

(SoapOperaNetwork.com) — “One Life to Live” casting happenings for the month of August.

With the cancellation of “Guiding Light” all but certain come September, it appears that “One Life to Live” may be interested in more than just their former castmember Gina Tognoni. It now appears that the soap is going after yet another of the soon-to-be-defunct CBS sudser’s stars.

According to the New York Daily News’ Carolyn Hinsey, execs at “OLTL” are “wooing” “GL” star, and Daytime Emmy winner, Daniel Cosgrove (Bill Lewis) to come to Llanview and become the seventh actor to tackle the coveted role of Joey Buchanan, son of town matriarch Viki Davidson and the late Joe Riley, and adopted son of Clint Buchanan. The character of Joey was last portrayed by “Castle” star Nathan Fillion, who briefly returned to Llanview in August of 2007 to pay his final respects to grandpa Asa Buchanan. Fillion was Joey Buchanan #4 from 1994-97.

In addition to Cosgrove, “One Life” is apparently continuing its efforts to lure back fellow “GL” castmember and Llanview’s original Kelly Cramer, Gina Tognoni. The tug-of-war negotations between both parties during the past few months has appeared to have resulted in a stalemate, at least publicly anyway. After reports that Tognoni was jumping ship before the iconic soap’s final airdate on September 18th, and that she was demanding an ungodly sum of cash from “OLTL” in return for signing a contract with her alma mater, new developments have appeared to haven risen to the surface.

According to Soap Opera Digest, Tognoni has left “Guiding Light,” but not before taping scenes involving her character Dinah Marler interacting with the citizens of Springfield for airing during the daytime drama’s final months on the air. Perhaps Tognoni has inked out a deal with another soap after all. If the actress were to return to Llanview and “OLTL” manages to lure Cosgrove to their side as well, wishful thinking could place old flames Joey and Kelly back together, with two soap stars who played brother and sister on “Guiding Light.” Weird, but stranger things have happened in Llanview. Remember the kissing cousins from a few years back when Sarah (aka Flash) was seen lip-locking with Joey? Awkward.

In addition to Joey, “One Life” is reportedly also interesting in recasting the character of Viki’s other son Kevin Buchanan (last portrayed by Dan Gauthier, 2003-2006; 2007). The character is the most recasted in “One Life to Live’s” 41-year history, having had around a dozen actors tackle the role at one time or another.

Catherine Hickland, who taped her scenes roughly a month ago, returns as the imprisoned Lindsay Rappaport on either July 29th or 30th (due to the July 7th pre-emption), according to ABC Soaps in Depth. Look for Lindsay to stir up trouble and possibly reconnect with a figure from her past during Hickland’s short-term return.

The mother of triplets Molly, Tess, and Madeline Sullivan, who alternate in portraying baby Hope Manning, has released some upcoming “OLTL” airdates for the infants on their official blog. The dates include July 14th, 15th, 21st, and 23rd, as well as August 6th, 7th, 12th, 19th, and 27th. Be advised that some of the aforementioned dates, particularly those listed for July could be off an episode due to the soap’s pre-emption of July 7th.

Christian Pedersen, Dorian Cramer Lord’s (Robin Strasser) Swedish butler Swen, recently revealed on his website that “I’m very excited to be back on the show as a recurring character.” Pedersen returned as Sven on July 10th, after making his “OLTL” debut earlier this year.

Tuc Watkins makes his one millionth return (well not really, but it just feels like anyway) to Llanview beginning 8th, according to Hinsey. We here at SON find that particular date somewhat suspicious, given that it falls on a Saturday. More likely Watkins will first air on either Friday, August 7th or more likely on Monday, August 10th, depending on how long it takes “OLTL” to get the bugs out of their production schedule from the July 7th pre-emption for Michael Jackson’s funeral coverage.

Word has it that when the newest Buchanan heir returns to town, he won’t be returning alone. Instead he will bring along a camera crew, who will follow the wealthy family around Llanview, airing their dirty laundry on television, as part of a new reality show. According to Robert S. Woods, who portrays his long-lost father Bo, David’s actions create some hostilities among his family members, including Uncle Clint (Jerry verDorn), who “pulls a gun on him!” As with all of Watkins’ recent returns to Llanview, expect this one as well to be cut criminally short. In addition to “OLTL,” Watkins is expected to return to Wisteria Lane sometime during the third week of July to film more scenes for the upcoming season of “Desperate Housewives.”

TVGuide Canada’s The Suds Report, claims that Patricia Mauceri has seemingly disappeared from public view following her dismissal by “OLTL” as Carlotta Vega for her reported refusal to take part in the show’s upcoming gay storyline between Oliver Fish (Scott Evans) and Kyle Lewis (Brett Claywell). It seems she is busy teaching at an undisclosed location somewhere outside New York City until July 20th, and therefore unavailable for interviews and comments at this time. Meanwhile, Mauceri’s replacement, Sandra Santiago (ex-Isabelle Santi) is expected to first air as Carlotta on or around Wednesday, September 2nd.

On “One Life” her character Gabrielle Medina may have met her death after being drown in a public toilet by a serial killer, but on Thursday, July 29th, Fiona Hutchison pays a heavenly visit to Springfield when she reprises the long-dead Jenna Bradshaw for a spiritual visit on “Guiding Light.”

Finally we have an airdate! Look for Lionel Ritchie and Jeremih, who both filmed their scenes last month, to rock the house at Ultra Violet on Tuesday, September 29th.

Kassie DePaiva (Blair Cramer) recently posted on her Twitter page that the song “Untangled,” which she performed on the soap on July 1st, will soon be available on ITunes. The song was written by DePaiva’s good friend Jaime Kyle. She also encourages fans to e-mail “OLTL’s” Executive Producer Frank Valentini to let him know if they enjoyed her singing, and thanks SOAPnet for naming her their ‘Performer of the Week.’

Kristen Alderson (Starr Manning) hints at an upcoming storyline in her latest Twitter entry, stating “But on a happier note…I LOVE the new promo for all of the sex scenes on the soaps lol uh oh! Starr and Cole better be more careful!”

Finally, here are the first airdates for several upcoming new/returning characters to Llanview. Be advised that some of these dates may be off by an episode. Matt Walton debuts as lawyer Elijah Kent on August 7th. Nicholas Rodriguez first appears as Nick, a gay man comes between Kyle and Fish on August 14th. Chris Stack returns as Dr. Michael McBain for a handful of episodes beginning July 14th to help Rex and Stacy in their scheme to take down Stacy. Amanda Setton first airs as Stacy Morasco’s BFF Kimberly Andrews sometime in August. And Michael Lowry premieres as Ross Rayburn, who was last seen when Todd and Téa were stranded on that deserted island, in late August or early September.