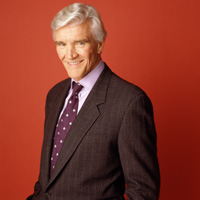 Madison tells Zach that the woman North was having a liaison with killed him and that Jesse is also involved. Madison claims to Zach that she destroyed the surveillance tapes from the hotel.

Marissa offers to help David prove his theory that Liza’s baby is really his and Amanda’s son. David gets a sample of Stuart’s DNA.

Ryan and Aidan wash their hands of Kendall and Annie, respectively.

Erica and Ryan think about the fun time they had together.

Annie continues to work her wiles on Adam.