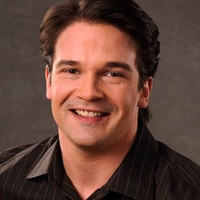 “Hit Me With Your Best Shot”

Brody urges Jessica to fight Bess.  Brody has his work cut out for him when Bess manages to get Phil and Cindy on her side.  Thinking Brody is a danger to “Jessica” and the baby, Cindy clobbers him over the head.  Seeing Brody in distress causes Jessica to emerge but Bess soon regains control.  Bess finds the police closing in as she attempts to flee with Hope.

Starr tells Todd that she’s stopped hating him.  Starr, Blair, Todd, Cole, and Marcie have conflcted feelings about what’s going to happen once Hope comes home.  John gives Marty a shoulder to lean on when she wishes she knew how to help Cole.

Rex jumps to the wrong conclusion when he sees Gigi with Schuyler.  A calculating Stacy hands the money over to Stan, but not before she has him punch her in the face so as to gain Rex’s sympathies when he sees her bruises.  Stacy’s confident she’s getting closer to getting everything she wants when Rex plays right into her hands.  Schuyler and Gigi’s plan to expose Stacy’s lies hit a snag when they discover her blood sample missing.