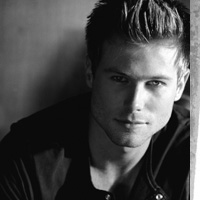 Jesse takes David down to the station for questioning. Liza steps in and offers to represent David, who agrees to let her act as his attorney after seeing they have more in common than he thought. Jesse gets proof that David was near the terrace at the Chandler mansion on the night of the shooting. Ryan and Zach try to convince D.A. North to look at David as the prime suspect but he refuses to stop pursuing Kendall. Krystal fears Marissa is getting too close to David.

Liza wishes Colby would move in with her but agrees to give her the money for the deposit to rent her own apartment with Corrina. Adam pleads with Colby not to move out but JR supports her decision wholeheartedly. Colby still won’t forgive Adam for having kept Liza’s letters from her.

Aidan and Adam clash over what’s best for Annie. Annie ends up sending Aidan away.

Ryan feels left out as Kendall goes into Zach’s arms after they get the news that Ian’s strong enough to have the surgery to replace the defective heart valve.