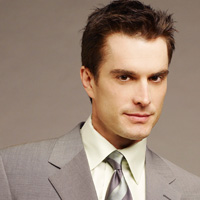 (SoapOperaNetwork.com) — After portraying the role of Ric Lansing on ABC’s “General Hospital” since November 2002, actor Rick Hearst is ready to say goodbye to the role that awarded him two Daytime Emmy Awards and the soap that brought him full circle.

In April, Soap Opera Network reported that Rick had been dropped to recurring status along with co-star Megan Ward (Kate Howard). Now a month later, Hearst has decided to move on from the daytime drama series and seek new endeavors.

While it is unclear at this time why the actor opted to leave the show, the network has confirmed that his character will leave with a bang.

“We’re saddened for ‘GH’ fans but personally thrilled for Rick. We wish him nothing but success. Rest assured that the character of Ric Lansing will have an exit you won’t want to miss,” ABC said in a statement released via SOAPnet.com.

Prior to his work on “GH”, Hearst starred in a number of daytime drama’s including NBC’s “Days of our Lives”, “CBS’ “The Bold and the Beautiful”, “Guiding Light” and “The Young and the Restless” He won his first Daytime Emmy Award in 1991 for his role on “GL” portraying Alan-Michael Spaulding.

His last airdate is set for June.