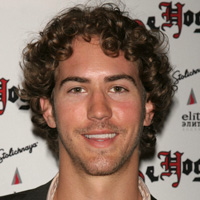 (SoapOperaNetwork.com) –  In early March it was announced that “Guiding Light” veteran Wes Ramsey would be joining the cast of NBC’s “Days of our Lives,” now Soap Opera Network has learned when you can expect to start seeing Ramsey on your screens.

While his character is still being kept under wraps, Ramsey’s first airdate on the daytime drama series is tentatively scheduled for Tuesday, May 12, when he enters the scene along-side James Scott’s EJ Wells and Jay Kenneth Johnson’s Phllip Kiriakis, according to sources.

A “Days of our Lives” spokeswoman was unable to confirm character details or a first airdate as we went to press.

Before joining “DAYS,” Ramsey got his start in television in 2001 when he joined the cast of CBS’ “Guiding Light” as Sam Spencer. In 2008, he made a brief return to the soap as Sam stood by sister Olivia’s (Crystal Chappell) side during her time of need.

The actor has since made his way to primetime with a recurring role in the CBS drama series “CSI: Miami,” where he plays Dave Benton at the Miami Dade Crime Lab. Dave sorts through images found in the surrounding area of a crime scene and analyzes the data, which greatly helps the CSI team solve cases. Former “All My Children” star Eva LaRue (ex-Maria Santos) also stars in the series as CSI Natalia Boa Vista. Ramsey appeared in The WB drama series “Charmed” in a number of episodes as Wyatt Halliwell from 2003 to 2006.

In addition to his TV work, Ramsey starred in the 2003 gay cult-classic “Latter Days” along-side Steve Sandvoss. In the film he portrayed a gay playboy by the nameof Christian Markelli. Christian found himself falling in love with, in the closet mormon, Elder Aaron Davis (Sandvoss).  In 2008, he played Bram Stoker in the film “Dracula’s Guest.”