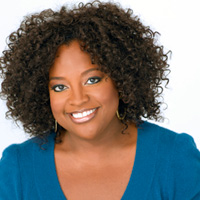 Since appearing on “The View,” MVP has become fast friends with Shepherd and invited her to appear on his turf on the Friday, May 1 episode of the program. The episode airs at 8:00 PM ET (check local listings).

Will Shepherd head into the ring and lay the SmackDown on a Superstar? Tune in to find out.

Among Shepherd’s duties as co-host of “The View,” the actress/talk show host consistently takes viewers behind the scenes of daytime and primetime’s biggest shows, more recently she took a look behind the scenes of ABC’s ”Dancing with the Stars.” She also routinely hosts ABC Daytime initiatives including “The 35th Annual Daytime Emmy Awards” in June 2008 with “All My Children’s” Cameron Mathison (Ryan Lavery). In November 2008, Shepherd re-teamed with Mathison as co-host of the final Super Soap Weekend at Disney’s Hollywood Studios in Orlando, Florida.

Outside of “The View,” Shepherd is returning to her acting roots via a primetime sitcom pilot for Lifetime in which she’ll play a character loosely based on herself. In the series, she’ll play a woman who invites her husband’s mistress and her illegitimate child to move into her house. The series was originally developed for The CW Television Network, but was passed over. If picked up, the series will likely join the Lifetime comedy hit “Rita Rocks” and reruns of “Reba” during the networks Monday night comedy block.