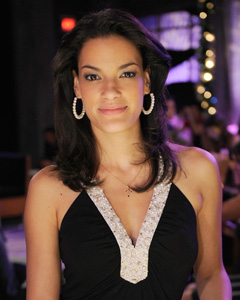 (SoapOperaNetwork.com) — “One Life to Live” releases Jacqueline Hendy from her contract after only five months with the show.

The storyline started out promising with news that a new Latin American family would soon be calling Llanview home, leaving many fans thrilled about the “OLTL” cast becoming more diverse. Unfortunately, the premise usually sounds more appealing then what ends up on the television screen. Not long after Hendy made her “OLTL” premiere last September as Vanessa Montez, the protective ex-wife of Ray Montez, both the actress and the character failed to make a connection with many fans of the soap. This despite Vanessa being romantically paired with Cristian Vega (David Fumero), one of “One Life’s” biggest heart throbs.

While the daytime drama is keeping mum concerning the details of Hendy’s impending departure, it is speculated that her character Vanessa may leave Llanview with blood on her hands. However, a spokesperson for “OLTL” declined comment. No final airdate has been yet been set. Despite Hendy’s exit from “One Life,” it appears that at least one member of her onscreen family may continue to call Llanview home. Camila Banus, who portrays Vanessa’s stepdaughter Lola Montez, is reportedly staying with the show. No word on how Hendy’s departure will effect Vanessa’s ex-husband Ray, portrayed by A. Martinez, who joined the sudser last fall on a recurring basis.

Prior to joining “OLTL,” Hendy made appearances in such shows as “Fringe,” “Law & Order,” “The Black Donnelly’s,” and “Chappelle’s Show.” She will also appear as Veronica in the upcoming Irving Schwartz directed film “Normal.”

Soap Opera Network will continue to follow this story as it develops. Remember to check back for more details on Hendy’s departure from “One Life” as they become available.

Discussion: No More ‘Life’ for Hendy