(SoapOperaNetwork.com) — An Affair to Remember. 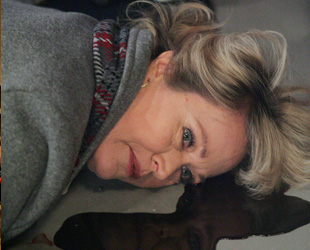 THIS WEEK ON:
DAYS OF OUR LIVES

Can Lucas and Chloe find happiness? Chloe goes to see Daniel and the two give in to passion, but Kate is looming around the corner. Stefano and EJ plan on taking control of the Alternative Fuels Project. Nicole takes Mia to the DiMera mansion in order to show her where her child will be raised. Nicole makes sure that she has a cover story in case someone is around. Brady finds evidence that John is getting his memories back on Friday, January 16. John refuses to leave Salem without Marlena, which doesn’t sit well with Charlotte. Melanie learns that EJ is interested in the Alternative Fuels Project, but will she let him have it? Sami sets a plan in motion. Hilda is murdered. Nicole accompanies Mia for her ultrasound with Dr. Baker.

A Closer Look: Stephanie Part Deux
Phillip realizes that Stephanie’s presence could be too distracting and decides to reassign her to another work supervisor. Chelsea warns Stephanie that she can’t have her cake and eat it too when it comes to Max. The two discuss their dubios relations with the infamous Brady boy.

Days of our Lives News and Headlines