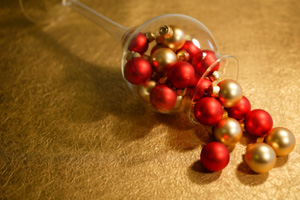 (SoapOperaNetwork.com) — The holidays are a time when family and friends gather together and feel the joy and love in the room. For daytime’s remaining eight soap operas, it is a time to remember the murders and mayhem, the evil brothers and sisters or the back from the dead aunts and uncles that took up time and space over the past year of years.

During the week of December 22, the daytime lineups of ABC, CBS and NBC will be littered with re-broadcast episodes or pre-emptions of their top soaps.

ABC Daytime will air repeats of “All My Children,” “General Hospital” and “One Life to Live” on Christmas Eve (December 24), while “General Hospital” and “One Life to Live” will be pre-empted on Christmas Day (December 25). “All My Children” will air a repeat episode from October.  CBS Daytime will also air repeats or pre-empt part of its soap lineup consisting of “As The World Turns,” “The Bold and the Beautiful,” “Guiding Light” and “The Young and the Restless” on Christmas Day, but will be in all originals on December 24. NBC Daytime and its lone “Days of our Lives” will be in originals on both December 24 and 25. All soaps return with originals on Friday, December 26.

The 2008 Holiday Celebrations will be the first time that only eight daytime soap operas remain on the airwaves (cable or English language broadcast).