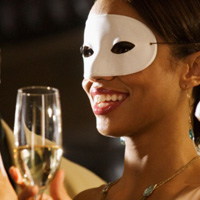 (SoapOperaNetwork.com) — While we ring in a new year and anticipate more drama filled soap opera on daytime’s remaining eight soap operas, we won’t soon forget how much has happened in the year gone by.

With 2008 almost but a memory, each of daytime’s broadcast networks have filled up on what you can expect to see on their schedules between New Year’s Eve and New Year’s Day.

What you won’t see on New Year’s Day on ABC, CBS or NBC is a soap in sight. The day before, ABC makes us relive Tornado’s (“All My Children”) and Game Shows (“One Life to Live”), while 2007 comes to life again courtesy of “General Hospital” and its look back at the Nikolas and Emily engagement party that ended in tragedy. Of course, it would appear that ABC is gearing fans up for the return of Natalia Livingston to the soap (she first airs as a new character named Rebecca on Thursday, January 15). CBS and NBC bring us fresh episodes of “The Bold and the Beautiful,” “Days of our Lives” and “The Young and the Restless.” “As The World Turns” and “Guiding Light” are pre-empted.