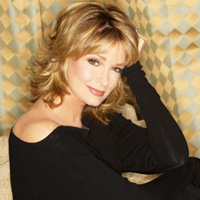 Nicole asks EJ if he meant what he said when he claimed he wanted to give their relationship a shot. Chloe and Nicole team up to get their men and leave Sami out in the cold. EJ and Tony agree to work together in a plan to take back their share of the DiMera empire from John. Steve and Kayla find baby Joe and fear what has been done to him on Thursday, August 21.

The Inside Story: Marlena Wakes Up

While unconscious, Marlena is visited by her dead twin who has some advice for her. Meanwhile, Stefano vows to get revenge on the “new” John Black. Afterward, Marlena regains consciousness and has just one question for John.