A love at it’s most fragile…

(SoapOperaNetwork.com) — Sneaking around never felt so good; and can a fragile relationship be mended?

Janet once again puts herself out there to get Brad’s attention when she stops over at his house while Katie is out of town. When Kim gives Brad a segment about single mothers, he asks Janet to be his co-host for the show, which is an instant hit. After taking JJ to the hospital, Carly and Jack panic when they are informed that he has a serious case of strep throat. Sophie’s guard goes up when Cole showers her with compliments on her new jewelery line. The two fall into bed after she lies about how Paul raped her. Cole then later tells Sophie she should drop charges against Paul if he’s willing to give her some serious cash. Mike, with insistence from Meg, digs into Sophie’s past before she came to Oakdale.

A LOVE UNDERCOVER AND A LOVE TORN APART…

Casey and Emily, on a high from their time together in New York, are told by Tom about Alison suing Chris. Tom later suggests to Emily to stay at a distance from his family until things blow over. Casey, not pleased by the suggestion and a very tense dinner with his family, goes to see Emily, letting her know that he doesn’t plan on stopping his feelings for her. Emily admits she has the same feeling for him and the two promise to keep their relationship a secret.

After the disappearance of his father, Noah pushes Luke away when he offers to help console him. Luke is heartbroken when Noah tells him that they need time apart. When Luke goes back to the farm, he tells Holden what happened.. Holden tells his son that maybe it would be best to give Noah the space that he needs. Lily, who has come into the conversation, gives Luke advice on how he should fight for Noah. Both parents soon find themselves arguing about what Luke should do, which pushes Luke into calling Noah to let him know that if he needs him he is there. Later that day, Lily sticks her nose in Luke’s business by inviting Noah to dinner at the farm. Noah is hesitant in coming until Lily presses him to join the family. When Noah arrives Luke immediately becomes elated until Noah tells him nothing has changed. Noah soon leaves and Luke follows behind him in hopes of working things out. Once the two are gone, Holden tells Lily she should have kept her nose out of Luke’s business. Things don’t look well for Luke when Noah announces that he’s moving back into the dorms.

My View of Llanview: May 30 Edition 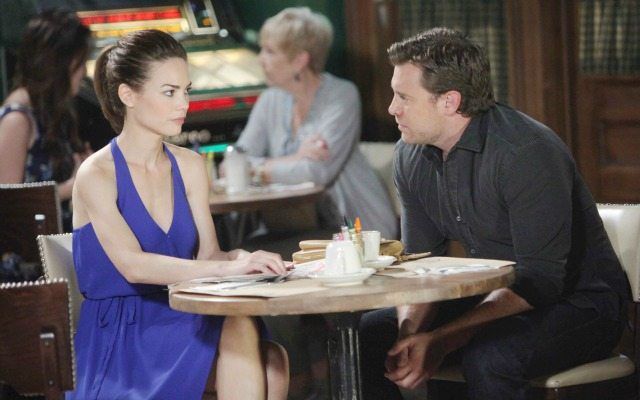