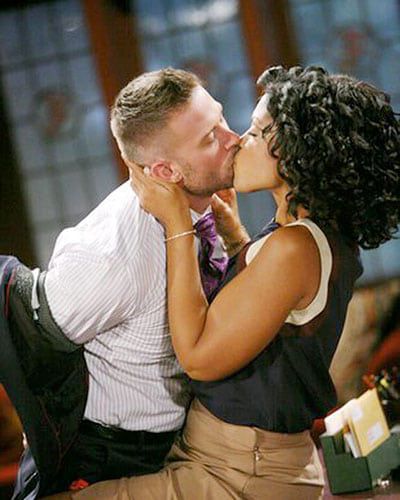 Bradley Bell Previews November Sweeps on ‘The Bold and the Beautiful’

A War is Coming

(SoapOperaNetwork.com) — As the War begins, families come together.

Alexis tells Jerry that she won’t get involved with him. Alexis catches Leyla in Jerry’s bed, but it isn’t what it seems, at least not at that moment. Luke agrees to have the heart surgery he desperately needs after Lulu and Johnny help him post-collapse. Ric gives Skye an offer she can’t refuse, or can she? Maxie lets it slip that Coop had no alibi during the Black and White Ball. Is the killer after her next?

THE FIGHT FOR BABY JAKE ENDS

Jason tells Lucky that he believes it is in Jake’s best interest if Lucky continued pretending to be Jake’s father. Lucky informs Jason he will only do that if Jason promises to stay out of Elizabeth and Jake’s life forever, which Jason agrees to do. After sharing an emotional moment with Jason, a devastated Elizabeth heads to Jake’s (the bar) with Robin, Lainey and Kelly. Elizabeth gets drunk and let’s Patrick have it.

WHAT IS A MAN TO DO?


Johnny can’t admit to Lulu that he is being forced to run the family business, while Sonny and Trevor deliver threats to one another. Sonny offers Johnny money to leave town and the family business, but Johnny lets Sonny have it. Lucky and Harper inform Trevor that they wish to question Johnny on Emily and Leticia’s murders. Jason finds himself understanding the situation that Johnny is in as their fates are similar.

D2D PreVUE’s for the week of December 3

Monday: Skye stands her ground with Johnny and Trevor.


Wednesday: Johnny tries to make peace but Trevor has other plans as war is declared.

Friday: Johnny and Lulu are caught up in a trap.