As previously reported, HBO is providing its viewers with a new series detailing relationship woes, roommate drama, reaching a certain age and much more, when it premieres “Looking” tonight at 10:30 PM ET/9:30 PM CT. The series seeks to provide viewers with a different perspective on daily life for gay men in San Francisco. 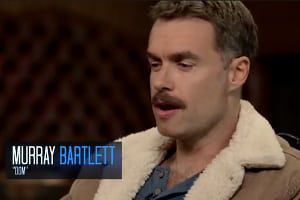 Detailing relationship woes, roommate drama, reaching a certain age and much more, "Looking" seeks to provide viewers with a different perspective on daily life for gay men in San Francisco when it premieres on Sunday, January 19, 2014 at 10:30 PM ET/9:30 PM CT on HBO. Starring former soap actors Jonathan Groff (ex-Henry, “One Life to Live;” Jesse St. James, “Glee”) and Murray Bartlett (ex-Cyrus Foley, “Guiding Light”), along with actor Frankie Alvarez (“Kitchen Confidential”), the series follows 29-year-old Patrick (Groff), a video game designer getting back into the dating world in the wake of his ex's engagement, 39-year-old Dom (Bartlett), a longtime waiter who has yet to reach his romantic and professional dreams, and 31-year-old Agustín (Alvarez), an aspiring artist questioning the idea of monogamy amid a move to domesticate with his boyfriend. In preparation for the shows launch, HBO has released several trailers to entice viewership as well as providing audiences with a closer look into the behind the scenes world of "Looking" with cast interviews. To learn more about the series, read on.