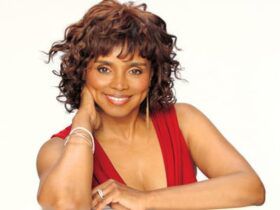 As previously reported, with "All My Children" wrapping production in less than a week, actress Debbi Morgan (Dr. Angela Hubbard) will be heading to CBS' "The Young and the Restless." Although her "Y&R" role has not been revealed, a CBS representative has confirmed to Soap Opera Network that Morgan will begin taping scenes beginning Thursday, September 1, which is just one day after her contract with the ABC Television Network is set to expire.