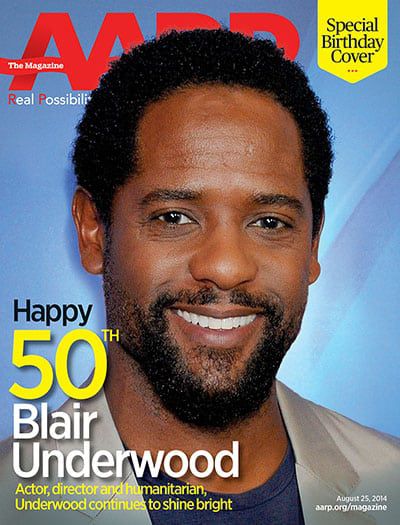 Before becoming a highly sought television and film star, Blair Underwood got his acting chops wet with his role as Bobby Blue on ABC's "One Life to Live" in the mid-1980s. Today, August 25, the actor turns the big 5-0, which makes him an official member of AARP. To celebrate his joining the exclusive club, the magazine has created a special edition mock cover of AARP: The Magazine (shown above).