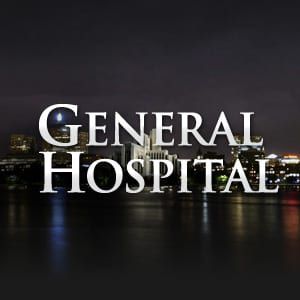 The Monday, October 25 episode of “Days of our Lives” is a special one. The soap will honor actor James Reynolds with an episode dedicated to his character, Abe Carver, who was recently shot following an altercation with mob enforcer Carmine (Richard Stephens) on the Friday, October 22 episode while Jake (Brandon Barash) receives the brunt of the blame in the eyes of the law.

Reynolds, who is celebrating his 40th year on the daytime drama series, is credited for portraying the longest-running black character in the history of daytime television and is only the third black actor to have won a Daytime Emmy Award for Outstanding Lead Actor in a Drama Series.

In the episode look for Abe’s loved ones to reflect on his last 40 years in Salem with tender moments, happy memories, and more as viewers get to look back via flashbacks of Abe’s contributions to the town, first as a husband and father, a friend, a dedicated cop and currently the Mayor of Salem.

In an interview with Soap Opera Digest, on newsstands now, Reynolds revealed how he learned the soap would be paying tribute to his years working on the series and how they were able to bring back Abe’s greatest love, Lexie Carver, without her portrayer Renee Jones who was unavailable at the time the episode was produced.

“Albert [Alarr, co-executive producer] told me about this one day after we finished taping: ‘Ron [Carlivati, head writer] wants to dedicate a show for your 40th anniversary.’ And I was kind of blown away. I called my wife and told her. I was so pleased, so warmed by that, by the fact that I’m apparently thought well enough of and respected enough to have this show dedicated to me,” recalls Reynolds of the initial conversation. “And I hope I did it justice! It’s not all flashbacks of Abe! There are some things I hope I did well and right during the show, but it’s a lovely tribute. I love the premise, I loved the script, and I loved how Ron tapped into that special relationship that Abe and Lexie had.”

While Jones was unavailable, Reynolds notes, “The young actress they brought in to be part of this was wonderful in giving the essence of that relationship and communicated beautifully, just beautifully, in her face and her eyes, as Renee did quite often. I was kind of transported, actually.”

With Kayla (Mary Beth Evans) doing her very best to revive Abe, he walks into the light and is given the choice of spending the rest of eternity with Lexie or returning to his loved one’s, particularly Lani (Sal Stowers) and Paulina (Jackée Harry) who stand vigil at Abe’s side throughout.

On Thursday, October 28, Cameron Johnson reprises his role as Theo who rushes to be by his father’s side. All together, Abe will surely be thrilled to have all of his close relatives around during his time of need as he reflects on his last 40 years in Salem but will that be enough to convince him of how much he’s still needed? All things point to yes, in terms of Abe surviving and returning to the land of the living.

Reynolds shares, “I would love to see him visited by Lexie more in the future, because she was such a special character, and like Stefano, she continues to have a presence on the show. I would like to see it become more multidimensional as Abe explores his relationship with Paulina and his growing family.