‘Bold and Beautiful’ Adds to Cast

As has become a tradition, “The Bold and the Beautiful” is welcoming “Big Brother” season 23 winner Xavier Prather to Studio 31 for an upcoming appearance on the daytime drama series.

While character details have not been revealed, look for Prather to appear in two episodes of the series, airing Monday, November 8 and Wednesday, November 10.

Photos of Prather standing outside the “B&B” studio at Television City where the soap is taped appeared on the official “Big Brother” Twitter handle.

Prather’s win on “Big Brother” marks the first time a Black person has ever won the game since the reality/competition series debuted on CBS in 2000. He took home $750,000 as prize money. “To be successful in society, you don’t have to be a very successful athlete or some outstanding entertainer,” said Prather to “CBS Mornings” following his win.

“Xavier showed the rest of the world the smart, thoughtful and engaging person we at Reinhart have come to know,” noted Milwaukee, WI-based law firm Reinhart Law on Twitter. Prather is an associate at the firm. 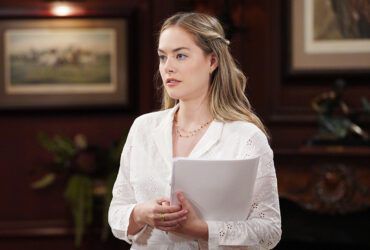