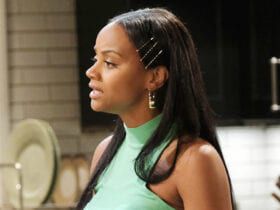 “One Life to Live” alums Thom Christopher (Carlo Hesser) and Tonja Walker (Alex Olanov) are heading to “The Locher Room” on Thursday, November 19 when host Alan Locher reunites the two as they discuss their Llanview characters and what they’ve been up to in the years since we last followed their fictitious love story.

The Christopher/Walker reunion is scheduled to take place on Thursday, November 19 at 2:00 p.m. ET, the same time period in which the former ABC drama series aired on the east coast. To follow the conversation, click here.