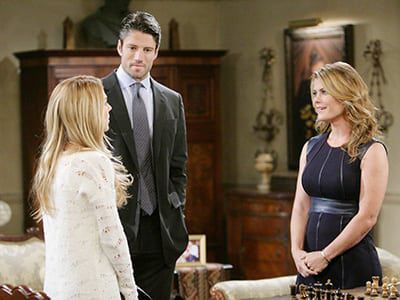 On Wednesday, November 18, a crew member working on “The Bold and the Beautiful” tested positive for COVID-19, forcing the daytime drama series to combine scenes scheduled to tape today and tomorrow into one day, reports Deadline.

According to the publication, the soap has scheduled a two-week Thanksgiving production hiatus beginning Monday, November 23. The combined scenes are being shot today with “the remaining crew before ‘The Bold and the Beautiful’ goes on a break tomorrow,” the outlet stated in its reporting.

In late June, “B&B” was the first U.S. broadcast series to return to its studio for taping after implementing rigorous health and safety protocols. Soon afterward, the soap was forced to briefly shut down production as it changed testing labs after multiple “false positives” came back. Taping commenced on June 24 and the first batch of all-new episodes began airing on Monday, July 20, approximately three months after pre-COVID episodes stopped airing. By the end of July, however, a staff member had tested positive and forced the show to move up its scheduled dark week for the month and also added a second dark week as a precaution.

Deadline noted that a positive result automatically triggered state/county safety procedures that include contact tracing and the immediate self-isolation of those found to have interacted with the infected individual.

The soap isn’t expected to have any problems resuming taping after the scheduled break and fans shouldn’t expect any interruptions in seeing episodes aired.