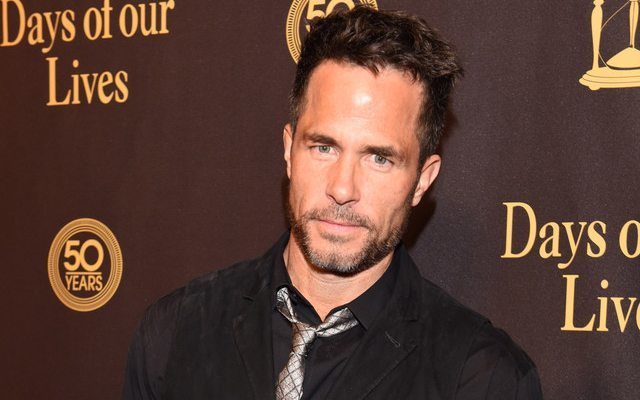 Former “Days of our Lives” star Shawn Christian (ex-Daniel Jonas) is getting “Trapped” in the LGBTQ independent drama written and directed by Katerina Gorshkov. The film tells the story of Scarlet (Allison Gregory, “Rotten”), a girl sent to a wilderness camp for difficult teenagers where she meets another girl named Dylan (Ava Capri, “Little Rituals”). Together, they create a bond that is tested through experiences beyond their perceived realm of existence. Christian will play Peter Evans.

Documenting his journey on his Instagram page, Christian first teased his joining the film earlier this month when he posted a video of each of his co-star’s feet: “Table read for my next project. Meet the cast,” he wrote using the hashtags “film” and “adventure.” The actor also shared a picture showing him looking in the mirror while smoking what appears to be a cigar. “In character. Self reflection,” noted Christian.

Filming commenced on the film on Thursday, August 17, and Christian posted a clip of the drive he took leading to the Los Angeles based set. “Location location. Pulling onto set early this morning for ‘Trapped,'” wrote the actor. In another posting he shared a selfie with co-star Kiana Jun Bartholomew, who plays a younger Scarlett in the film. “Never a dull moment on set with the adorable Kiana,” he said.

Since leaving “DAYS” in 2016, Christian has gone on to play Alan Mills in Freeform’s “Famous in Love,” which received a second season order earlier this month from the cable network.