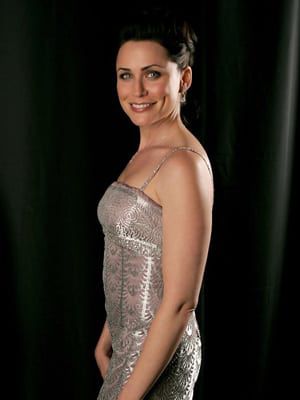 It’s almost time to say goodbye to another Salem star. Kassie DePaiva, who has played Eve Larson since June 2014, has revealed that her final “Days of our Lives” air date is Tuesday, February 2.

DePaiva posted the news on Twitter, “Enjoy these last few grains of sand in my [hourglass]. My last air date on @nbcdays is 2/2. Time is running out. #DAYS.”

Enjoy these last few grains of sand in my . My last air date on @nbcdays is 2/2. Time is running out. #DAYS

DePaiva was front and center on Days upon her arrival as Eve. Her character promptly reignited her longtime feud with Jennifer (Melissa Reeves) and ultimately embarked on a scandalous affair with young JJ (Casey  Moss). However, her storyline began dwindling after her onscreen daughter Paige (True O’Brien) was violently murdered.

The tease of a new romance with Justin (Wally Kurth) never amounted to anything, while the return of Eve’s ex-husband Eduardo (A Martinez) did little to increase DePaiva’s air time.

After a wild ride in Salem, look for Eve to slip out of town unceremoniously.

Days was DePaiva’s fourth soap. The daytime vet first joined the soap world back in 1986, when she was cast as Chelsea Reardon on “Guiding Light.” She went on to portray Blair Daimler Cramer on “One Life to Live” in 1993, remaining with the soap until its cancellation in 2012, and reprised the character on “General Hospital” for a few appearances.