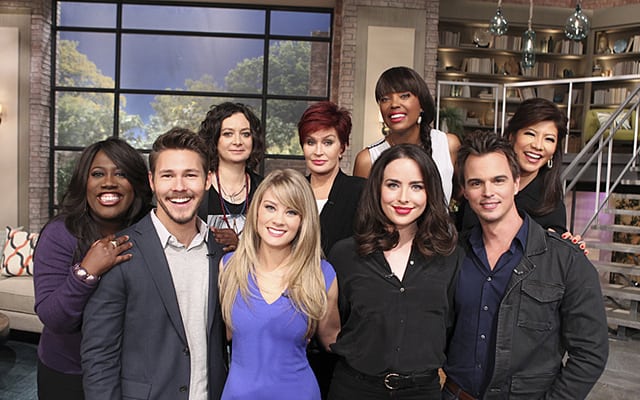 In the midst of “The Bold and the Beautiful” gearing up for an exciting storyline in Amsterdam, which will begin airing Friday, November 7, the show’s stars Scott Clifton (Liam), Kim Matula (Hope), Ashleigh Brewer (Ivy) and Darin Brooks (Wyatt) dropped by CBS’ “The Talk” to discuss the twists and turns ahead. But don’t fret if you missed the actors’ appearance yesterday: A clip of their visit to the popular talk show has just been released!

The four “B&B” stars gave hosts Sara Gilbert, Aisha Tyler,Sheryl Underwood, Julie Chen and Sharon Osbourne the lowdown on what it’s like traveling for the show, why Brewer spent most of the trip on drugs and who Hope is ready to knock out. Watch the clip below for the scoop!